Rather than a ‘straight through’ tour, we’re going round in circles. Not necessarily a bad thing.
We more or less started this voyage in Leeuwarden in April, when it was VERY COLD. It was impossible to be out and about without wearing all our clothes at once.

On Easter Sunday, our collapsible bucket, which we’d left out on deck, filled with hail. There weren’t many leaves on the tress, but the blossom looked cheerful. 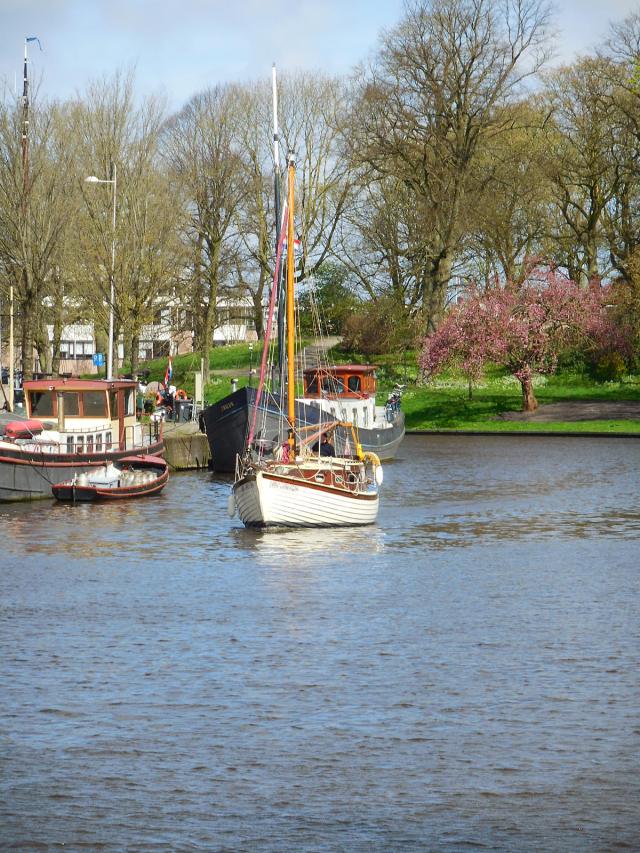 Not a lot happening in the town until…
Our second visit at the end of May, for the Straat Festival and the biggest Flower Festival in The NL.

VERY HOT. We saw the beginning of the water Elfstedentoch and spent a lot of time eating ice cream, fresh orange juice which you squeeze yourself in the Albert Hein 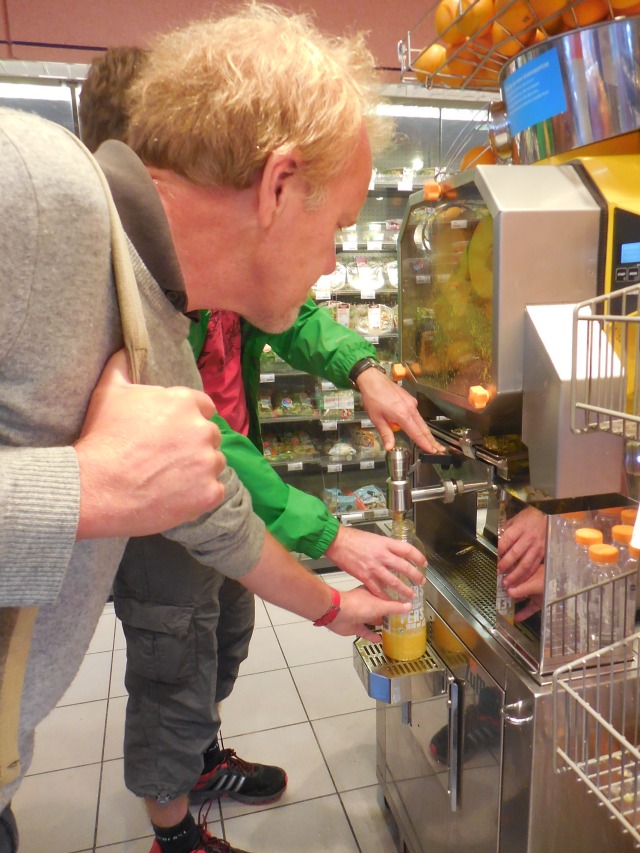 and hiding from the midday sun by lounging around in the park.
Back again mid-June. Our journey that time was interrupted by a closed bridge. Bit of a recurring theme this year. But this time, it hadn’t broken or closed for the day. All the owners of articulated lorries in the area had decided, en masse, to pile all their family into the vehicle and drive around, sounding horns and sirens as loudly as possible. Why? We had no idea. Maybe they were drawing attention to their contribution to this trading nation, maybe they were protesting about something. but most likely, it’s just something they do every year, mid-June, for no reason other than it’s fun.
We moored next to an enormous ship-with-no-name and drank beer with the crew later in the evening. We’d gone to enormous lengths to comply with the rules and ensure our ship’s name, Lady Christina, was inscribed on both sides of the boat, in letters of regulation font and height. But maybe we’d been over-zealous. 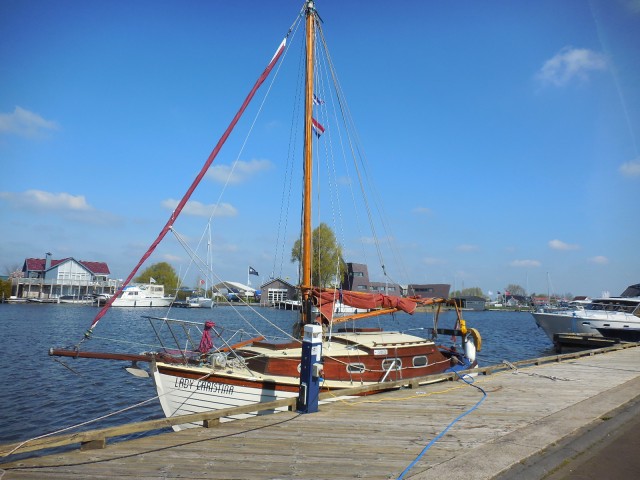 Mid-July, we were back again, this time to meet family who’d come out to see what is was about this country which enchants us so much. I could go on about the many attractions of Leeuwarden, such as the ‘leaning tower’, the Grocery Museum and the unbeatable Friesmuseum, but it would be better to come and see for yourself. Just the view from the Friesmuseum is amazing.

I will say though that the parks within the city and the countryside around are good places to go and relax.
The Prisentuin is a park in the middle of the city and the waterway runs around it. It’s the remains of a royal palace, which was built on a terp (mini-hill: think sandcastles) and the slopes are covered with trees. There are bronze statues dotted around which are symbols of the Dutch Resistance Movement in WW2. 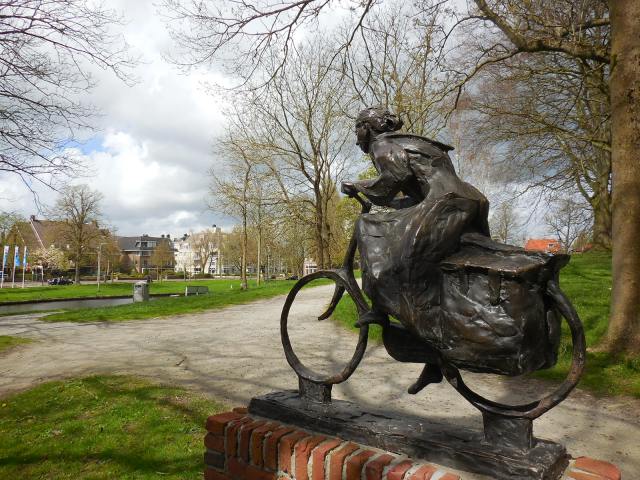 People who live here very much own this space. They use it as a route from one part of the city to another, both on foot and on bikes. When the sun’s out, it’s the main picnic spot and because the coast isn’t near, on the hottest days in the summer, it’s like the sea-side, with boats large and small and children swimming and playing in the water.
On most Sundays in the summer, there’s a free concert. The audience sit on the slopes, under the tress and listen, taking time out now and then to eat ice-cream, drink coffee or beer or have a stroll and return later.

At the end of August, we thought we were saying goodbye to this place, as we motored out on a misty morning.

The trees were beginning to lose their leaves and we weren’t sitting outside to eat dinner any more, but inside, with the oil lamps lit. But less than a week later we were back, showing other visitors around. And now we’re back again, mainly to avoid very heavy rain and to take advantage of the three cinemas and other things to do here.
Tomorrow we’ll saying ‘Tot ziens!’ because I know we’ll be back. 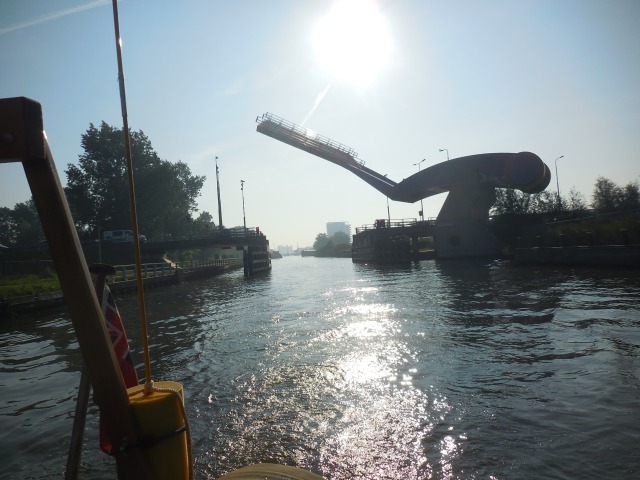